It is a known fact that dogs are some of the most loyal companions out there, and that's why they are known as man's best friend. But dogs often rely on relationships and move in packs, and that doesn't need to include a human in the equation. They can actually form bonds just as strong with other dogs, especially when they've both been through a lot together. This is what happened to two rescue dogs, a big pit bull and a tiny chihuahua, who became so co-dependent that they can't spend five minutes without each other. Here, we'll learn their incredible story. 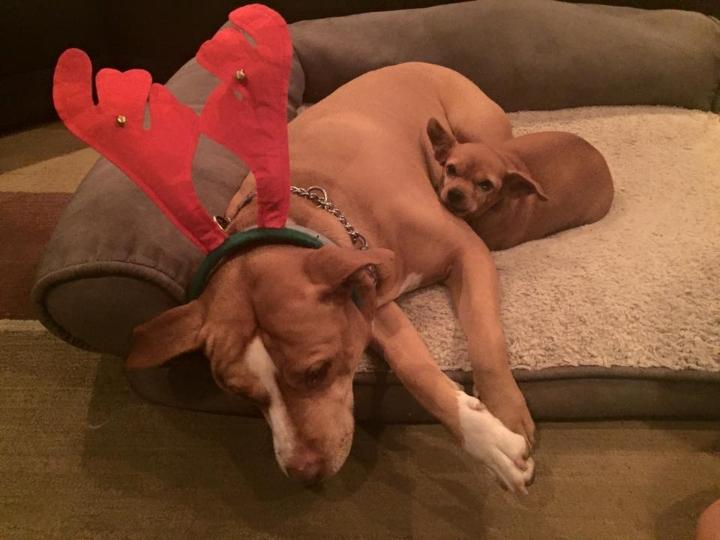